Emergency Medicine is knowing "something about everything" in contrast to specialists who endeavor to know "everything about something". Therefore, as frontline physicians, we must know about common neonatal problems as well.

While taking care of neonates, special attention needs to be paid to the adequacy of airway and breathing as they have limited compensatory reserves. As a rule, we should always consider early use of positive-pressure ventilation or endotracheal intubation for respiratory distress. Tachypnea in neonates can be very nonspecific as it may be due to underlying cardiovascular, respiratory failure or other systemic diseases. But as with everything else in EM, regardless of the cause, primary management remains similar i.e supporting ABCs. Here is a list of common life-threatening neonatal conditions:

Neonatal Sepsis (Pnemonia, Meningitis, Shock)
The height of the temperature does not distinguish a viral versus bacterial cause in neonates. Neonatal Sepsis is one of the most common causes of neonatal cardiorespiratory distress and most experts keep a low threshold for a full sepsis workup in neonates.  Fever in the first month of life is defined as rectal temperature ≥38°C, and hypothermia is rectal temperature <36.5°C (97.7°F). Early-onset sepsis (commonly septic shock) is seen in first few days and is usually associated with is usually associated with maternal or perinatal risk factors, such as maternal fever, prolonged rupture of membranes, and fetal distress. In contrast, late-onset sepsis (commonly meningitis) usually occurs after 7 days of birth and tends to develop gradually, with no predisposing risk factors.

Clinical signs of early or late-onset sepsis in neonates are non-specific. They may demonstrate lethargy, irritability, seizures, tachypnea, grunting, hypo/hyperthermia, jaundice, rash, poor feeding, diarrhea, vomiting. Tachypnea and respiratory distress may be a sign of sepsis, meningitis, or urinary tract infection. Neck stiffness and other signs of meningismus may not be seen in neonates with meningitis. Common pathogens most frequently encountered in neonatal sepsis are gram-positive cocci (β-hemolytic streptococci) and enteric organisms (Escherichia coli and Klebsiella species, and Haemophilus influenzae). Other possible agents could be Listeria monocytogenes, viruses such as enteroviruses (coxsackievirus and echovirus), respiratory syncytial virus and influenza A virus.

Work up includes FBC, CRP, Cultures, Urine Analysis, Renal Function, LFT and Coags and imaging as indicated. Admission and IV empiric IV antibiotics is a norm. The initial choice usually includes ampicillin (covers group B Streptococcus and Listeria) and an aminoglycoside (covers E. coli and other gram-negative organisms). Ceftriaxone is avoided in neonates as it can cause kernicterus. Use cefotaxime instead. Acyclovir is added for neonates with a maternal history of herpes or suspicious cerebrospinal fluid findings and all neonates who are ill appearing.

Congenital heart defects that present with cyanosis include transposition of the great arteries, tetralogy of Fallot, tricuspid atresia, truncus arteriosus, and total anomalous pulmonary venous return. Acyanotic lesions include those that result in pulmonary overcirculation such as VSD, ASD, PDA and atrioventricular canal as well as those with restricted pulmonary or systemic blood flow such as pulmonary stenosis, aortic stenosis, and aortic coarctation.
Suspect congenital heart disease in any well-developed neonate who presents with unexplained cardiorespiratory collapse, cyanosis, and or tachypnea, especially without chest retractions or use of accessory muscles for breathing. Undiagnosed congenital heart disease may be first identified after discharge:

Day 7-14:  Lesions dependent on pulmonary or systemic blood flow through the ductus arteriosus (e.g., hypoplastic left heart syndrome, critical coarctation of the aorta) present with shock and acidosis as the duct begins to close.
>Day 14: Lesions that involve left-to-right shunting of blood (ASD/VSD) typically present after the second week of life as pulmonary vascular resistance falls, allowing pulmonary overcirculation and the onset of congestive heart failure. 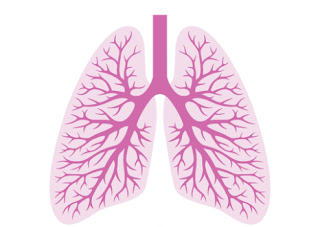 Management remains supportive as in infants and toddlers. Antibiotics have no role in the management of bronchiolitis. CXR is done to rule out other causes of breathlessness. Bronchodilators may be tried but there is limited evidence to support their routine use. Adrenaline nebs may also be administered. There is conflicting evidence regarding the use of steroids. Full sepsis evaluation is done only if they appear critcially ill. 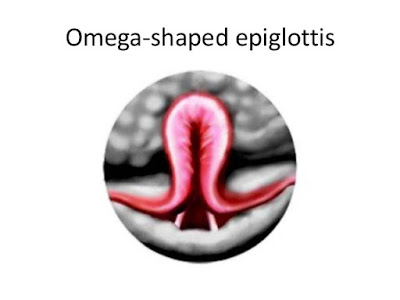 All these diagnoses should be considered in any infant with respiratory distress. Admission and work up is needed for diagnosis. 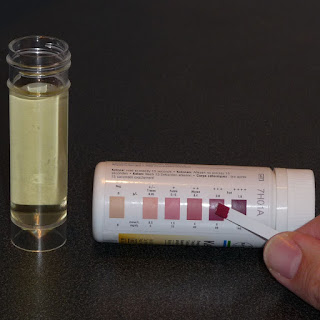 Congenital Adrenal Hyperplasia
Congenital adrenal hyperplasia results from a deficiency in one of the five enzymes involved in the production of cortisol. It is one of the life-threatening endocrine emergencies that present in the neonatal period. Despite screening for this disorder, neonates may present in shock before screening results are known, typically in the first or second week of life. On examination, look for virilization, ambiguous genitalia, and hyperpigmentation. Hyponatremia and hyperkalemia occur in the salt-wasting form of congenital adrenal hyperplasia. ED management includes fluid resus with 10-20 mL/kg of normal saline, correction of hypoglycemia and administering steroids i.e. hydrocortisone 25mg IV/IM/IO, and urgent management of hyperkalemia.

Avoid giving for treating hyperkalemia in an infant as this may result in profound hypoglycemia. 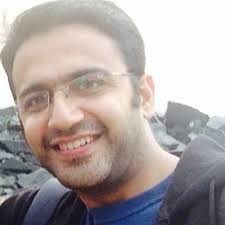 Posted by Lakshay Chanana at 4:03 PM 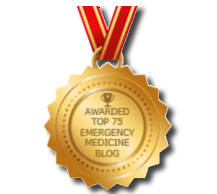 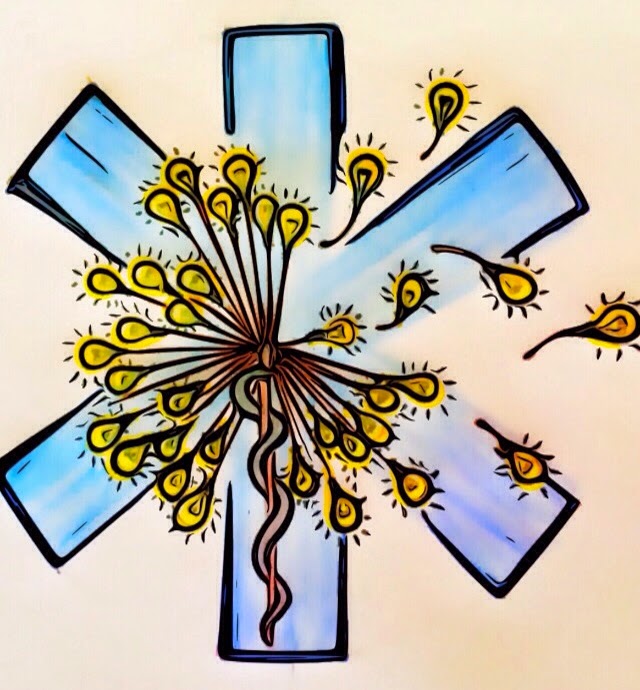